Click HERE to read the first 2 chapters of Valkyrie free!

“It was never supposed to be this way. I never intended to love her. She was only a means to an end.”

On the day I met the witch, she prophesied my death.

She said it was fate and couldn’t be changed.

I’ve gathered my warriors. I’ve laid my traps. I’ve moved my pieces across the board.

She is the piece that unlocks everything, I know she is.

And she’s wrong. Everything can be changed.

A powerful god seeks to destroy my people unless I go live with him.

“You don’t have to marry him. You don’t even have to sleep with him. He just needs a witch.”

I’ve been told this multiple times, but I don’t trust him.

He’s keeping something very important from me… and he’s such a charmer.

NOTE: This is a standalone with a guaranteed HEA. No cliffhangers. Full ending. This is a paranormal/fantasy/mythology type book, not dark romance as this author is typically known for.

Kitty Thomas crafts the most amazing homage to feminine sexuality I have ever read! …

QOTD: When was the last time you read something that celebrated feminine sexuality as a creative source, a fount of power, completely independent of its purpose for gratification, release, or commodity?” – Buffyanna Canada, Instagram

Freyja and Odin are so complex. Freyja is a goddess, a Queen, a powerful witch and so much more. She rules firmly and fairly. But there is a depth to her that I’m not even sure she was completely aware of. Odin, on the other hand, is a god, a king and a warrior. And he is running out of time.” – K. M. Ernst, Amazon

If anyone could pull this off, could do Odin and Freya’s story justice, it’s Kitty.” -Cecile Smith, Goodreads

There is just something so engaging when a story, based on characters you know, is done so right! This is one of those stories, because while we ‘know’ Freyja and Odin, we don’t know them like this. These two have sizzling chemistry and explosive passion, and both those things make for some interesting encounters. They also connect on a cerebral level, they are both of the same ilk, and that causes some great clashes and some greater understanding.” – Dar, Goodreads

Valkyrie is Odin and Freyja’s story. Their attraction is so magnetic and electrically charged!” -Tanya Rae, Goodreads

…Freyja is not her typical heroine either. This is a strong heroine, an experienced woman who knows her worth and her strength. She’s powerful in her own right and can fight her own battles. To be honest, these types of heroines can be hit or miss for me, but I fell in love with Freyja. She is one of the more entertaining heroines I’ve read lately and I really enjoyed being in her head. Now Odin is on a completely different level. He’s a charmer and neither Freyja nor I seemed able to resist him for long. The level of heat between these too was outstanding. They were exceptionally well matched in every way. In addition to this enemies to lovers romance, there’s an intricate plot full of twists, turns, betrayals and redemption.” -Darkreads, Goodread 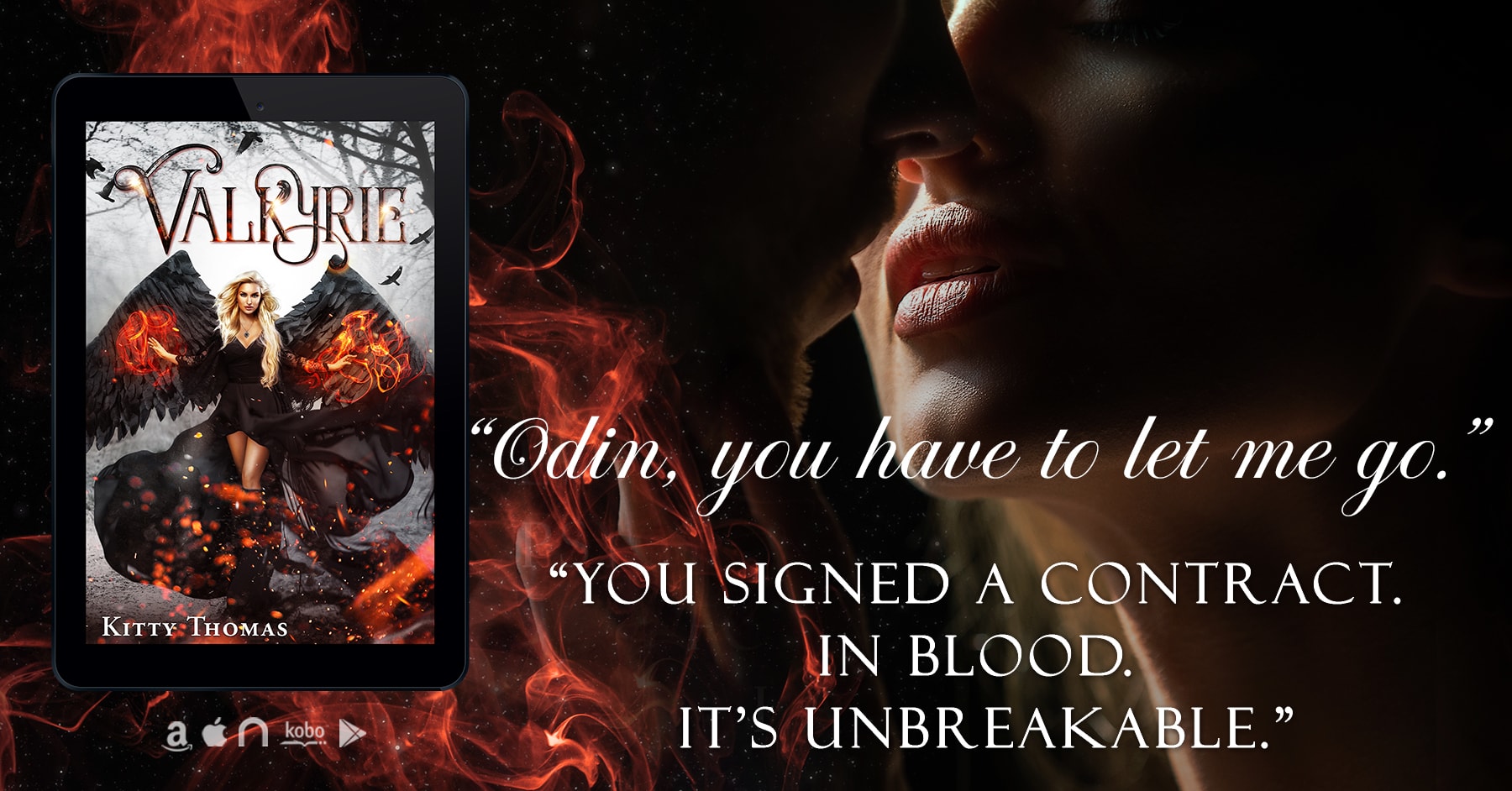