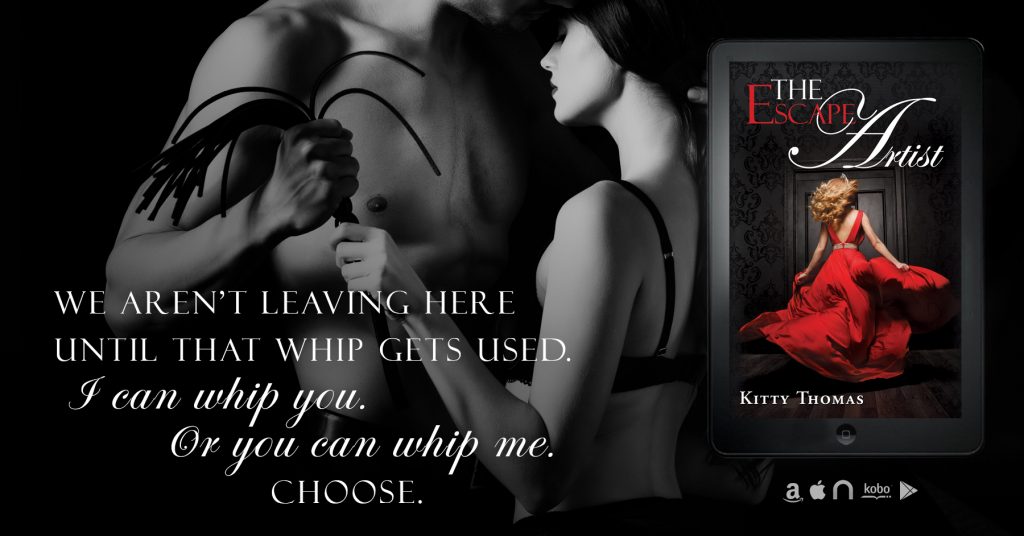 This week’s Featured Book is The Escape Artist. This one has several holiday scenes and feels like a holiday book in the way Die Hard is a holiday movie.

After years of living a half-life, Claire has tracked down a man who kept her captive and destroyed her life. And now she wants her revenge. The only trouble is… she’s got the wrong man. What happens when he turns the table on her after she’s spent weeks taking out her revenge? This is a dark, fucked-up enemies-to-lovers captive story.

If you’re familiar with my work, this book is like if Comfort Food and Tender Mercies had a baby.

Her light footsteps moved quickly over the concrete. She took one of his wrists to secure it. His eyes snapped open as he grabbed her wrist with his free hand, wrenching her off him.

The shock in her eyes was quickly followed by panic as she struggled and fought. She must know she didn’t have the ability to take him down without all these safeguards she’d put in place—safeguards that had finally failed her.

Her gaze darted to the spot behind where Ari had been lying to see all the food he’d pretended to eat with his back to the camera.

Frantically, she used her free hand to dig into her pocket for something. Ari felt a surge of adrenaline when he saw the syringe. She’d somehow gotten the cap off the needle as they struggled. She fought him like a wildcat. He couldn’t let her stick him with that thing. She might not be physically strong but she was fast and kept jerking and twisting and flailing so much that it was hard to hold her in place.

He was determined this small woman was not going to best him. She wouldn’t break him. She wouldn’t kill him. They were not going to continue this way. He shoved her back. She seemed surprised by this sudden turn in events as if she couldn’t process why he’d pushed her away instead of continuing to try to overpower her. As her back hit the wall, the syringe flew from her hand and skidded across the floor.

Her eyes widened, then they both lunged for it. He was faster. She tried to run from him, but he grabbed her by the ankle and pulled her down, flipping her, and straddling her small body beneath him. He breathed hard as he looked down at her. Goddammit, she was so beautiful.

It was so fucked-up that he still wanted her in spite of everything.

Her eyes filled with a look of absolute terror, tears streaming down her face as she looked at the syringe he held poised over the muscle in her arm.

“Good,” Ari bit out. But he knew it was too much, and he didn’t want her dead. Death was too good for her now. He was careful to only give her half the contents in the syringe. Enough to knock her out. Not enough to kill her.

She noticed he’d adjusted the dose, but suddenly the realization that he wasn’t killing her and what that meant, kicked in. Her eyes widened. “Oh god, please no, not again.” And then her eyes drifted closed, and she slumped helpless in his arms.

Find out what happens: 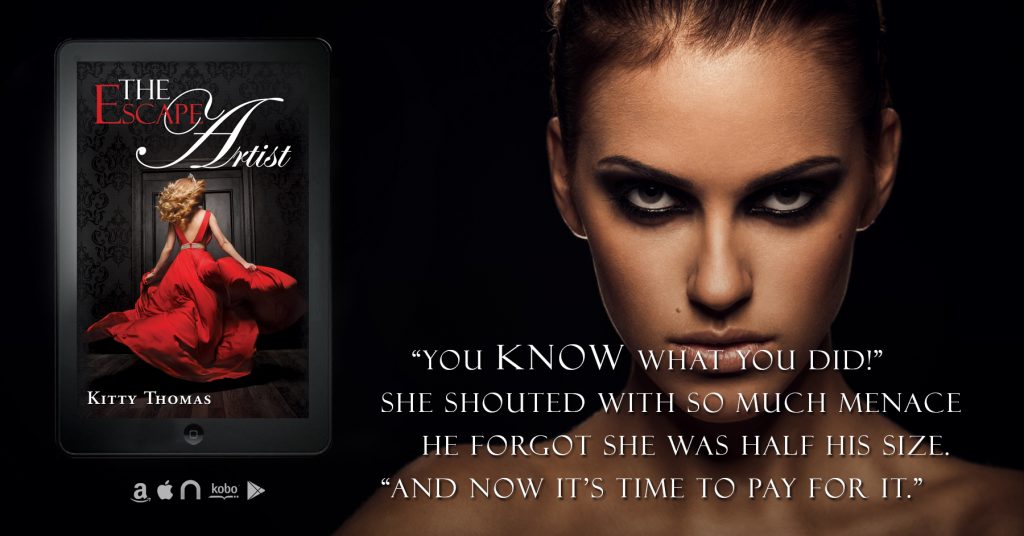 Thanks so much for reading and supporting my work!