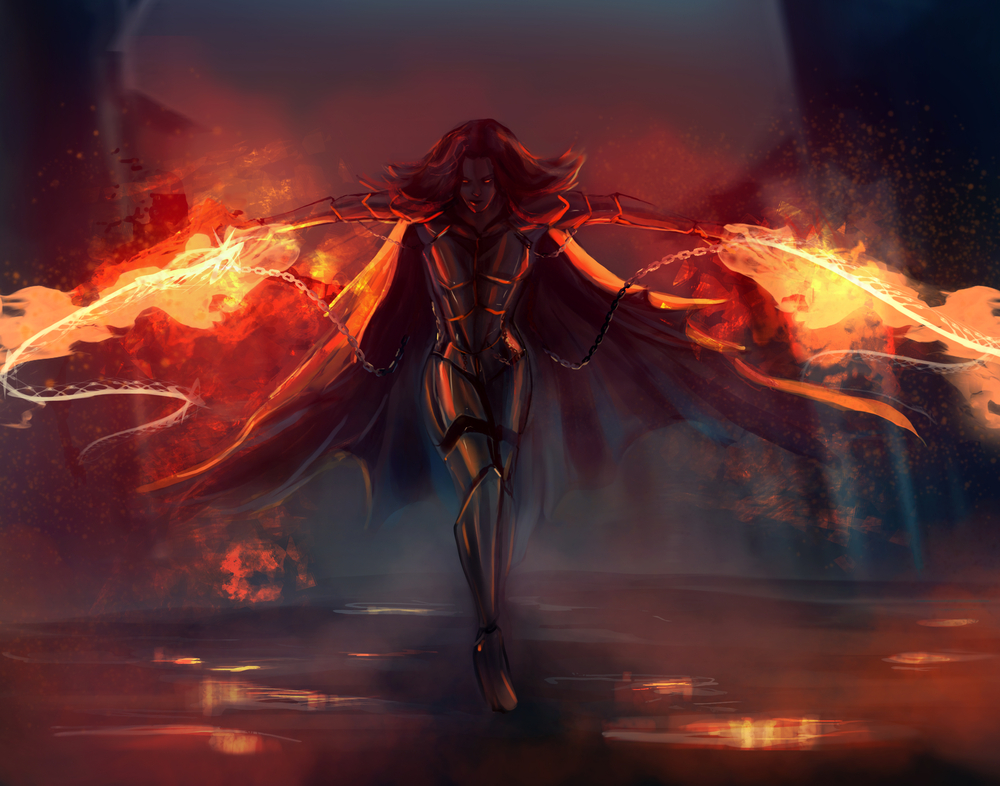 Okay so… if you read my last blog post or my recent email you know shifts are happening. My work has been shifting for a while but I’ve been too scared to fully leap into some of the stuff I want to create.

Even though Berserker was SO well received, I’ve still been so afraid to write Valkyrie. Afraid I won’t do it justice, that it somehow won’t be enough, that it’s not “exactly like all my other books” Though if you liked Berserker you will LOVE Valkyrie times a million.

In my newsletter yesterday I talked to readers about how what happened re: Roe has completed this shift I’ve been moving toward. I can no longer write stories that keep heroines in places of active disempowerment. It’s a naughty fantasy. And there’s no shame in it. And I do think (and I think most of my readers would agree) that my heroines ARE strong. And my heroes (antiheroes?) aren’t evil to them.

I mean I love the dudes I write. I don’t write characters I don’t love. But it’s time for my heroines to rise and claim their power in new ways. And nothing launches this energy like Freyja.

I had been struggling with Three Words. I wanted to make some changes and release it officially for sale and audio. But I kept resisting it. I realized I would need to rewrite the entire thing and turn it into a longer book so I put it on the backburner. And then Roe happened and if I TOTALLY rewrote it in a VERY different direction it might be okay but I don’t want to put that energy into the universe in light of things. Not as it currently stands though there are powerful things FROM that book that might serve as seeds for an RH in the future.

So I thought I would get back into the Brian and Mina series (which IS happening. You guys will LOVE the ending of this series SO MUCH.) But… Roe happened and something shifted so deeply within me and I KNEW it’s time to birth Valkyrie. I have sat on this book for over two years maybe closer to over three. I have basically the whole plot. And I’ve been afraid to write it.

And if there was ever an energetic moment in time to release Valkyrie into the world, it’s NOW.

I feel so strongly about this that I can’t focus on any other story until this one is done. So here’s what the schedule looks like now:

1. Valkyrie (Hopefully coming out by the beginning of October.) I’m about to order some cover art.

2. Then the Brian and Mina series. I’ll be finishing and releasing those back to back. I had originally wanted to release them at the holidays that happen in the stories, and that would be ideal BUT to be honest if people won’t read a book set around the holidays at other times of the year there’s no point in releasing such a thing for sale anyway because that’s not sustainable. I think these books hold their own any time of the year. And I definitely intend to have the last one out by Valentine’s day which is when the series ends.)

3. And lest you think I’ve forgotten Colin and Macy, I haven’t. They are next after that, though I’m not sure what that’s going to look like with my shift, but… I know I left Colin and Macy in a place where they can shift with me.

So that’s where we are. Today I wrote the first scene of Valkyrie. Not the first scene you’ll read… but the first scene I wrote. It’s the climax, the point the whole book builds up to. And OMG. I felt all the feels. There was anxiety, tears, anger, sadness, all the feelings of the character flowed through me, and if you feel HALF of what I felt writing it this may be your favorite thing I’ve ever written.

It is a kickass story about love and feminine power and you will not be able to put it down. And I think women DEEPLY need a story this empowering at a time like this.

When I woke this morning I had scenes and dialogue flowing through me for Valkryie, I was lying in bed crying about this scene and knew I had to just start it. I kept saying “maybe I’ll start after…” but no, it’s NOW. So I put together a playlist on Youtube (Heilung, Danheim, Skald, those Viking-ish bands) I don’t normally write with music, but this feels like a book that requires a playlist.

Also because the songs are all in other languages it doesn’t distract me. I can’t write with words in the music if it’s in English because it competes with the words in my head. When it’s a foreign language it’s like another background instrument.

Anyway so much of what I wrote today weirdly flowed into and around the playlist as it played out. And I finished RIGHT AS my playlist was ending, and then Skald’s cover of Bjork’s Joga auto-played which was such a crazy synchronicity for me.

I heard this song for the first time AS the Skald cover. I didn’t initially know it was Bjork’s song. But in the context of all the viking sounding songs on that album (I seriously listened to Oddin like a thousand times… because of course I did… and it’s on the Valkyrie playlist)… but anyway when I was listening to that album, hearing Joga for the first time in that context, with the emotion and the lyrics it felt to me on an emotional level like a love song to Odin (from Freyja).

Yes, I know Frigg is Odin’s wife I’m not going to get into an argument with anyone about why it’s likely Freyja and Frigg were originally the same goddess (or aspects of each other). When the church came in, they did a Madonna/Whore complex on her, turning Freyja into the dirty shameful slut (she’s not. Freyja was beloved by all the gods. One would wonder why in the hell Frigg if not ACTUALLY Freyja would have allowed a war (Vanir/Aesir) to be ended with Freyja being brought in as a peace offering to end it. Ummmm hello? I would have shut that shit down if I were Frigg. And Frigg is no lightweight. She could have shut it down. Except that she’s Freyja.) And then Frigg was turned into the wholesome mother one. Even though Frigg is still a badass. It’s hard to separate them entirely but enough confusion was created that it’s a big argument among some scholars now.

The SHORT version of the argument is that Freyja is always following after her WANDERING (not cheating) husband Odr. (which… is one of Odin’s like five zillion names.) Freyja isn’t a name. It means LADY. It’s a title. Freyja is a goddess OF love and Frigg’s name MEANS love. Freyja teaches Odin Seidr, which was a powerful form of feminine magic practiced by volvas.

I realize a lot of people think it’s somehow all about “spinning and weaving” and hey, maybe that was happening but the most POWERFUL magic for a woman would have been sex magic. It would be why it would be frowned on for men to perform it even though it was so powerful. Seriously… I could go on for years about this topic.

Freyja gets first pick of all the fallen slain for her hall, BEFORE Odin. You think he’s giving that to his CONCUBINE when he’s trying to gather an army to survive Ragnarok? Nobody’s pussy is that magical. (Oh fun fact: Cats are sacred to Freyja, which is likely part of why in English we call our lady parts our “pussy”). And Frigg leads an army. Like… come on. I mean the parallels are endless here. As a writer it would be ENTIRELY redundant for these to be two completely separate people. But I’m a weirdo who has always considered Loki to be really Odin in trickster form. Myths aren’t “literal”. Loki only exists in the Norse myths and none of the other germanic lore. (Other Germanic lore has the same high gods outside of the Norse.) But like the Frigg/Freyja thing in the context of spirituality we have the “one and the many” so things can be more than one thing at the same time.

Humanity has a real problem with overliteralizing spiritual things.

And I absolutely recognize modern heathens will see Freyja and Frigg as two separate beings completely, which is fine. I recognize these are very different energies now. That’s why this book is FREYJA and Odin and not Frigg because these energy differences matter. I mean Odin has a “berserker” side, a sort of Dumbledore side, a Grim Reaper side, a Santa Claus side… but if you are wanting Santa and the grim reaper shows up… that’s a significantly different thing that’s going to end in a lot of tears. (incidentally, that song I linked above, the “fast chorus part” is basically them saying many (not close to all) of Odin’s names. Grimr is the one we’d associate with the Grim Reaper archetype, and Oski would be the “Santa Claus” side… the generous benefactor wish granter.)

I also think one thing that modern minds have a hard time with is the fact that in the ancient world mythology wasn’t a “linear story” where there was a “canon” and everything had to make sense and fit together. From a literary perspective the closest thing would be our modern Fanfic. In the fanfic world you can have thousands of stories about the same characters in totally different situations, with different parents, different kids, different everything because “something different happened on the timeline” from the split off of the book or movie or TV show that serves as the inspiration.

In myth, the gods/energies/archetypes/culture serve as the inspiration and there is no “one true literal truth”. It’s not the bible and isn’t meant to be interpreted along such literalistic lines.

So anyway… I don’t know how I rambled off onto that track but here we are. Oh I see where I veered, with the mention of the Bjork song. I felt like I needed background and then it just spiraled.

Anyway I can’t wait to share this book with you, as I’ve said to readers since I first mentioned it… it’s about Odin and Freyja and the greatest love story you’ve never heard.

And I’m about to change that!

Previous Post: « Updates, a shift in the schedule
Next Post: A Free Teaser Scene from The Sacrifice »