I had to put that parenthetical statement on there otherwise it sounds WAY too dramatic. But for ME yes this is hard. I have angsted about this situation for the past few days. And here’s where I am… (Yes, I’m about to tell you the situation…)

So I had decided I wanted to re-release Tabula Rasa. Because the cover, title, and blurb were confusing and I felt like it could have reached a wider audience. So I reread it to see if there was anything I needed to tweak or expand upon because… what harm could that do?

Well the last third of the book I’m like WTF? And I’m realizing… you know this is old work and while there are parts of it I think are brilliant (I know that sounds arrogant but there are some amazing moments/lines/etc in this book), there are other parts that I want to FIX. I want to make it right. Make it perfect. There is this unhealthy perfectionism in me, and I think it’s there in a lot of writers.

When we have enough space from our work we can see all the flaws. We can see all the ways in which it didn’t fully fit our vision. And the temptation, especially in the modern world of easy republishing is… to CHANGE IT.

George Lucas has succumbed to this. I mean there is a running joke: “Hurry and watch Star Wars before George Lucas changes it again!”

None of my stories are perfect. No story ever created by anybody is perfect. Every story has flaws. Every story could have been “more” of something or maybe “less” of something else. Some stories are just… strange. And some people love that messy strangeness. So what am I saying if I go in and edit past work… not only am I saying I wasn’t good enough, the story wasn’t good enough… but hey you readers who loved it the first way… you’re not good enough. And I never want to be the person who says that to someone or even implies it.

There is this imaginary world in my head in which I heroically “save” this book. I rewrite a lot of it with what I know now. I make it everything I wanted it to be. I do smart marketing with a cover rebrand and title rebrand and do all the things and it BREAKS OUT. It sells AMAZING. Dude we’re talking TV/Movie rights (because let’s be real Tabula Rasa would make a kickass movie. And really that would be the place to make “edits” because a movie/tv show is adapted. It’s a derivative work and can be something different without disrespecting the original work.)

And I will admit, if all that happened, it would be amazing. But the flip side of that is if it DIDN’T happen. If my world and life didn’t just CHANGE in some amazing, all the money and all the success kind of way from that… then what did I do? I disrespected the love others had for it as the imperfect creation that it was… I likely kill some of the energy of what it was… and I waste so much energy trying to “redo” something old… trying to change the past, instead of using this new knowledge to create something new.

I mean let’s be real, every author is basically telling the same story over again trying to do it “right” each time. So maybe I should put that energy into something NEW. Take what I’ve learned and apply it.

I don’t want to live in the energy of the past and what could have been and the alternate reality in which I’m some rich author with movie deals based upon creating the “perfect book”… because that’s a fantasy. And yes it could happen, but only if I move FORWARD with my life and with my work.

And so this brings up the issue of my re-releases with my old pen name and the PNR and I feel a similar way. Is this work imperfect? Yes. All work is imperfect. If you have found the perfect story what you’ve really found is something that speaks to you because no matter how amazing it is… somebody out there hates it. HATES it.

So I am probably leaving those alone too. WHY? because I want to make NEW things. I don’t want to live in the past. So I can fix the marketing with regards to the title and the cover sure (for both Tabula Rasa and the PNR series). And I give them that little infusion to reach more people, but I don’t want to use up energy fixing old stories and making them “perfect” when I have new stories to tell.

One of my author friends, Annabel Joseph said she’s been tempted down this road as well but didn’t allow herself to go there and considers her former books “Historical documents”. HA! yes. And that’s true. I mean… what if recording artists that we loved went back and “changed” or “fixed” old songs. How would we feel? Maybe everything in the world doesn’t have to change or be more perfect.

And with regards to harming the energy of the story. When I wrote Tabula Rasa I was excited about it. Yes it had its hiccups and moments of uncertainty, but going back in to “fix it” CHANGES the energy of it, and not necessarily for the better.

So yeah. That’s where we are. I can’t be perfect for you. That’s not my job. It’s not my job to write the perfect story. Or make sure there are no embarrassing mistakes in my story past. I can’t “Instagram-model” this for you because it isn’t real. It isn’t authentic, and it’s unhealthy for me.

My job is to entertain and tell the best story I can in the moment. But when that moment passes there is a new better story I can tell and my energy is best spent doing that. Moving forward.

So yes, re-releases are happening of some things, but they’re going to remain imperfect and what they were because all the exciting good stuff is in the future, not in the past. 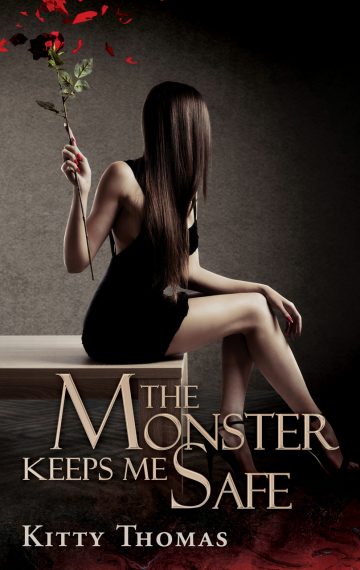