A Teaser Scene from my upcoming THE GAME MAKER:

He doesn’t repeat his request, just continues to watch me. After a few minutes, he stands and walks across the cell. This is the first time he’s been this close. I flinch when he reaches me.

He ignores my reaction and sits on the ground beside me, but he doesn’t make any attempt to touch me. Instead, he sighs and says, “Starvation is a bad way to die.”

I start to cry. It’s the first time I’ve broken down since those first moments in the cell. Supposedly, if we have sex, we’ll get food. And I want food, but then what happens? The longer I can delay this, the longer I delay the next steps in whatever sick game our captor is playing with us.

“You know what has to happen,” he says, echoing my exact thought of only minutes ago. “What’s the point of letting yourself get sicker and weaker than you need to be? You need your strength. You need to eat.”

“You mean you need to eat,” I say, unable to hide the bitterness seeping into my voice. So the nice guy act is finally ending? The gallant chivalry finally coming to an end. Everyone has a limit. And now I know his.

“I’ll be fine,” he says. “I’ll be fine a lot longer than you will. Are you going to let yourself starve to death?”

I chance a look into his eyes. “What do you think would happen to you if I did?”

He shrugs. “He’d probably take another girl, bring more bait to tempt me. He wants to turn me into a monster and you…or whoever… into a whore. That’s my running theory, anyway.”

He stands and holds a hand out to me.

“What are you doing?”

“Remember what I said about the cameras and the bathroom?”

He’s still holding his hand out. I try to ignore it.

I am so hungry. Finally, I take his hand and let him lead me into the bathroom. He guides me to sit on the edge of the tub and turns the shower on. Then he starts to undress. I tense, part of me wanting to run back into the cell.

I know what he’s doing. He’s trying to make this easier for me. In the end, I’ll have to fuck him in the cell in front of the cameras so our sick mystery captor can watch. My co-captive is trying to give us some privacy and the illusion of choice at least to start, at least to let me get used to his body.

“Come on, drop the towel and get in the shower with me.”

He steps into the shower and closes the door behind him. I know he won’t hurt me. He hasn’t yet. I think I’m safe with this man, and there’s only one way to get food. I take a few slow deep breaths, wipe the stray tears off my cheeks, and take off the towel.

When I open the door, he pulls me in under the rain shower with him. His mouth moves close to my ear. His words are quiet, almost dwarfed by the sound of the water.

“I don’t know if there are listening devices in the bathroom, but if there are, the shower may give us some cover. What’s your name?”

I pull back from him and look into his eyes—really look at them. I’ve avoided his gaze so much in my time here. They’re hazel, but they seem far lighter than they are because of his tanned skin and dark hair. He’s growing the beginnings of a beard.

At first I think I don’t hear him right. “Seven? Like the number?”

“Are you from a big family? Are your siblings all named One through Six?”

“No siblings. Only child. I can be grateful they didn’t name me One, I guess.” 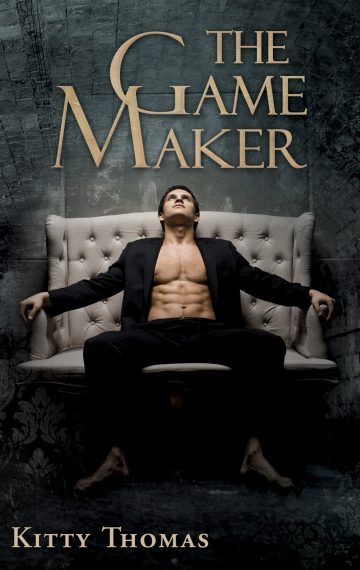