I want to start this off with the disclaimer that while all of my books have nonconventional HEAs there are a couple like Comfort Food and Big Sky where the ending is sort of WTF. And The Con Artist isn’t satisfying from a “romance” perspective (but they get an unambiguous HEA in the companion book of that world). BUT, it’s only been very recently that I considered myself writing romance at all. I’ve always had unconventional HEAs, like these two people WILL end up together. It might not be a fairy tale, and it may be a WTF ending in some of them, particularly Big Sky and maybe Comfort Food, but… there is no character getting killed off or some weird breakup that never resolves.

And while people almost never use the L word in my books, that’s more because that word is often thrown out about everything: “I love you. I love these shoes. I love mashed potatoes.” I feel like love is such a meaningless word that I almost never use it. Instead I feel like the emotions between my characters are deeper than that and sometimes too complicated to put into a little box called “love”. BUT these fuckers are together FOREVER. Like forever. So in the end this dude is not throwing her out or abandoning her. She is not running. They are IN IT. Whatever the fuck that means for the people in my weird books.

This is especially a touchy subject for me with menage. Like… if 3 penises go in… 3 penises come out. There is exactly ONE author on the entire planet who I will let fuck with me on the “menage/triangle/so maybe we kill this one guy off” thing and it’s because I just like her writing and know I can trust her on everything else and I just don’t set expectations. But with the exception of this one snowflake, I just HAVE to have everybody end up together.

So I will ask Does this have an HEA? And I ESPECIALLY ask this when multiple penises are involved. Because there are so many books set up like a menage that end up monogamous and I am not down for that. I’ve written books that start monogamous and end in menage, but that’s a bonus penis. I feel like that’s okay. (though your mileage may vary and it’s okay if it does. We all like different things.)

You’d start asking for every author you didn’t yet know and trust: “Is there a real murder in this story?”

You’re not asking for a spoiler. You’re asking if the author is following the cardinal rule of the murder mystery novel. Each genre has expectations and that’s why it’s a genre.

The cardinal rule that can never be broken in romance (though some still do) is the HEA/HFN. I never really understood “HFN” I mean there is no REAL such thing as an HEA, at some point the characters will die if they are normal humans. Every romance fictional or real life ends in tragedy if you follow the story far enough. So I don’t really make a personal distinction between HFN or HEA. Do they end up together? Are they happy at the end of the book? Okay good. I don’t need a picket fence, marriage, and babies to feel like it’s all wrapped up, I just need to know these characters are IN IT.

And I think due to our monogamous culture a lot of times people feel like they can write a menage romance and as long as TWO of the people end up together and happy it’s an HEA but that’s not how I feel about it. If a book is set up with 1 man, 2 men, five men, I don’t care how many. Unless it’s clear that this is just some orgy sharing shit and not actual bonds and relationships forming, I need to know going in that HEA is still HEA and ALL of these people will be together and happy WITH EACH OTHER at the end.

And it’s not that I don’t think a book can be AMAZING without an HEA. It can. But it’s not romance. I wouldn’t class all my books as romance. I definitely do not think Big Sky is a romance. There is a love story in there and these two have a deep bond and they do end up together but that’s a fucking insane ending and I warn basically all new readers DO NOT READ THIS BOOK UNLESS YOU LOVE EVERYTHING ABOUT ME. Because you might not like it and think that’s how I always roll. That was experimental and back in 2012. I was experimenting with a lot of shit in the early years. It’s like the author version of doing drugs just to see how it goes

It took me a while to figure out WTF I was even writing or what I wanted to write. Over time things evolved to sort of mind fucky stories that aren’t exactly romance but still have an unconventional HEA. And readers who have been with me a while KNOW that I absolutely 100% will not take a penis from them. Like EVER. Never EVER. If a dude starts with this girl, he’s ending with her. Penises may be added but they may never be subtracted. That is the Kitty Thomas promise to you. (So come on down to Krazy Kitty’s car lot…)

Anyway… but yeah… the reason I read romance is that I know the people will be together in the end. I know everything is going to BE OKAY. I don’t like to be stressed out for my pleasure reading. I don’t like giant adrenaline rushes. (And yes I know I say this as someone who hypocritically fucks your mind sideways with my books but YOU KNOW you are getting off that roller coaster alive. You know they will be together and SOMEHOW it will all be okay. The only book I would truly warn readers off of in that regard is Big Sky because it’s a complicated book emotionally and not everyone will find it satisfying and I can respect that. I’m not even sure how I feel about it years after the fact.)

My guilty pleasure trash TV (yes, I’ve gone back to occasional TV. The “I don’t watch TV” phase was like Madonna’s British phase apparently.)… but anyway I like to watch Married at First Sight. But I don’t watch it when the season is live on the air. It has to be complete. And this is how I watch it:

I watch up to the wedding night, so I see them prep and get married and have the reception and stuff. THEN I skip ahead and watch “Decision day” when we find out who stayed married and who got a divorce. THEN I watch the Reunion so I know who is STILL married, THEN I go back and watch the rest of it. Because it stresses me the fuck out to not know if these couples are going to make it. I just have to know ahead of time so I can relax and enjoy it.

And honestly I think that’s what romance is supposed to be. Even dark romance. You’re supposed to know everything is going to be all right. So nobody is supposed to die or break up forever. Even if there are extra penises. It doesn’t matter because we fell in love with all of them and we want them all to work out.

Some of my readers have told me they read the last chapter first. I wish they wouldn’t because if they know and trust me they KNOW I will get them safe to the end. BUT if they are new to me, I totally understand. I’m tempted to start reading epilogues first, too. Just to be sure nobody can cheat me on my HEA. 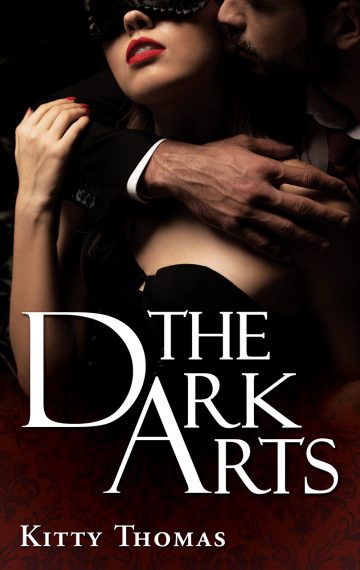