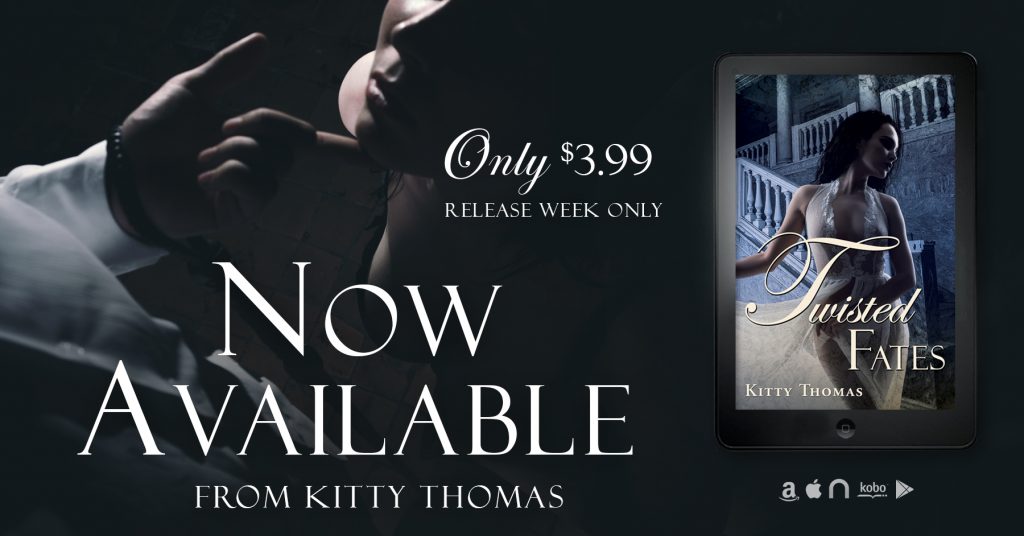 “With Twisted Fates, Kitty Thomas is at her best, creating an intensely emotional dark ride you won’t want to get off.” — Anna Zaires, New York Times Bestselling Author of Twist Me

All other buy links

The books in the Pleasure House world are all standalones. If you are new to me, this is a GREAT book to start with.

Also if you are new to me… be sure to check out not only the blurb/description in this post but the excerpt scene posted below.

…in my opinion hands down Twisted Fates is THE best work ever produced by Kitty Thomas. It is better than Comfort Food, better than Tender Mercies just better than (insert your favorite Kitty Thomas book here),” ChattyKat, Goodreads Reviewer 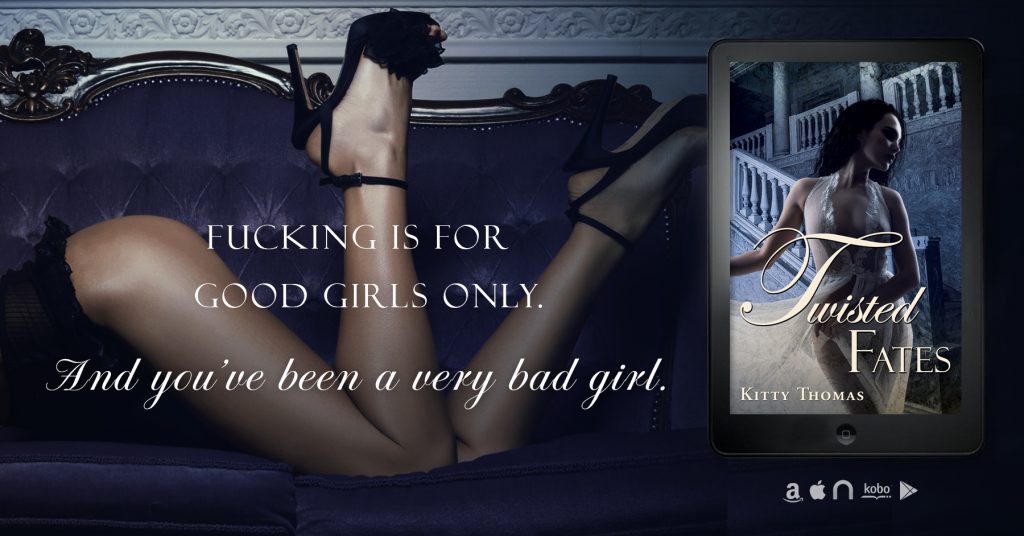 She realized suddenly that she was still crying. This agonizing sobbing sound was coming out of her, so foreign she kept forgetting it was her. How could she make those sounds? She was sure she’d cried every tear, felt every regret, ruminated and obsessed over every grudge. She’d thought she was empty, done.

It was that emptiness that had finally brought her to the brink of her own demise. Yet here she was, the emotion spilling out, a never-ending fountain bubbling over with rage and pain. She flinched when he started to stroke her back. She flinched because she expected to feel him flinch when he touched her. She expected his fingertips to stutter and halt against the scars in revulsion. But they didn’t.

He touched her as if she were unbroken.

“What do you need, Shannon?”

“Something you can’t give me.”

“You don’t know until you ask.”

The arousal cream continued on in its mission to drive her crazy, but her mind had become so far removed from sex that it acted as a dull background throb which she kept forgetting how to define because all she could think about was how this couldn’t happen with the doctor.

She couldn’t give herself to him like that—not in the way every last insane ounce of her wanted to. She couldn’t give in to the id. She’d made that mistake once. He’d already proven he wasn’t a man she could trust.

He pressed warm soft kisses against her back, trailing up to her neck. He quietly untied her, then he sat beside her on the leather table and pulled her into his arms, his mouth finding hers, lingering there, softly at first, then hungrily as if he might devour her whole. She didn’t resist him. It felt too good. Even if she hated him. It was so late. She was so tired.

He carried her up the stairs to his suite and laid her down on his giant bed in the plant room. Ralph was asleep in his cage though the parakeets still twittered quietly to each other. He covered the bird cages with a blanket, turned on a thunderstorm white noise machine, and then climbed into the bed with her.

Shannon barely breathed as he pulled her against him and wrapped an arm around her.

“What are we doing?” she whispered.

She knew what he’d said in the dungeon about wanting her, and the kiss had felt real enough. And they’d shared a moment—she thought—but she couldn’t help thinking this was all some strange unconventional therapy that meant nothing beyond keeping her from killing herself. She couldn’t let herself believe it was anything more.

But if it was therapy, it might be working because suddenly dying was the last thought on her mind.

All other buy links 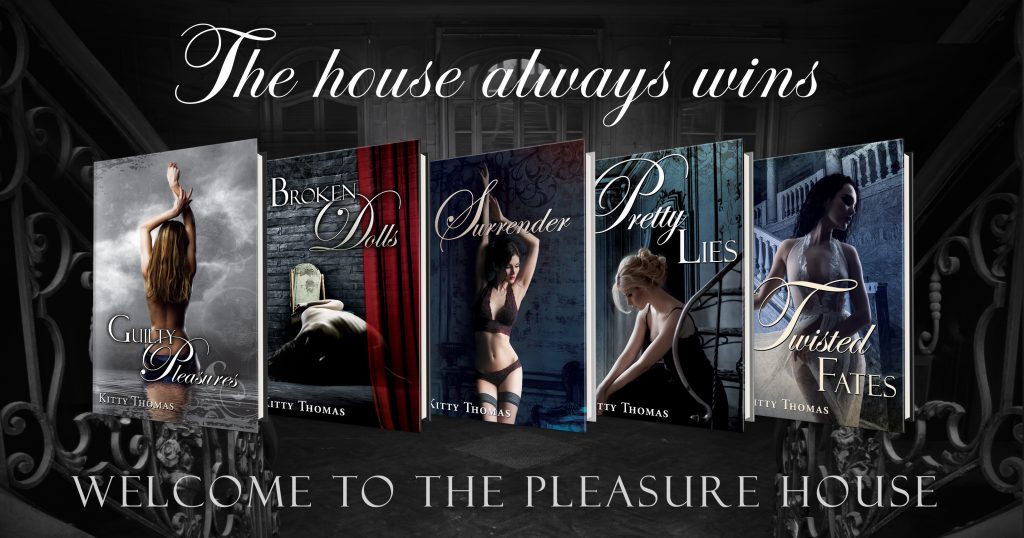 Be sure to also check out the rest of the Pleasure House world when you finish with Twisted Fates!