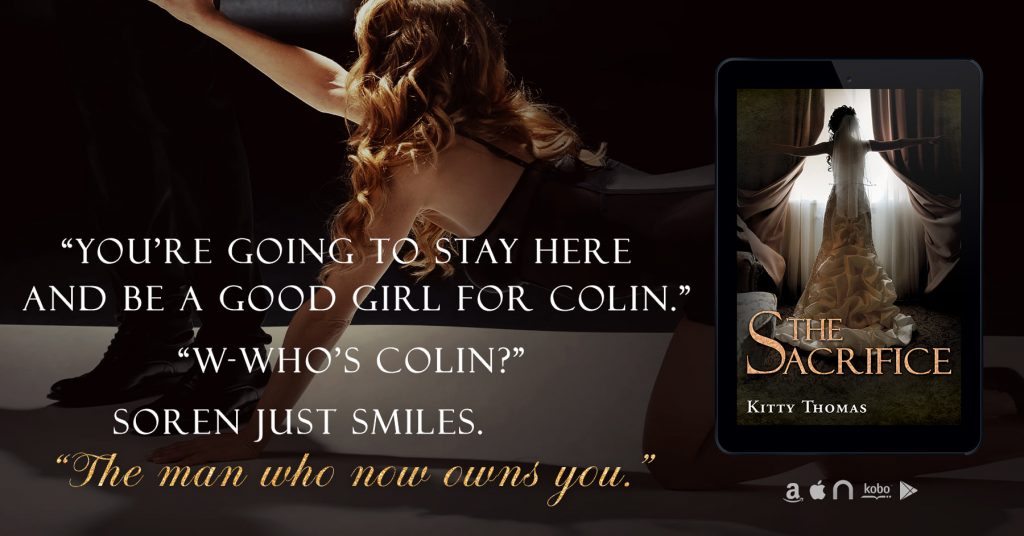 THE SACRIFICE (the second book in the dark wedding duet, each can be read as standalones and The Proposal has a full HEA, no cliffhangers, however Macy, the heroine in The Sacrifice is introduced in The Proposal so if you want to get to know her before her book, read The Proposal ) I’m more than halfway through this book and I don’t like to give release dates because then it becomes a moving target but I would LIKE to finish this book this month and release in December. But we’ll have to see how it goes!

If you’re waiting for box set, you’ll be waiting at least a year. I don’t box anything up or put things on sale until they’ve been out a year because I don’t want to screw over the people who buy things when they come out. Sales velocity when books are new is a big thing and it has a huge influence on my income, which in turn has a giant influence on… how many books I can bring to you, how many audiobooks I can bring to you, etc.

The Proposal: Coming ANY DAY NOW to audio. It’s been submittied for over 10 business days. I’ve contacted them about it.

Dark Night of the Soul: Final audio was just submitted. This one should be live in a couple of weeks.

Berserker: Should be live by Xmas.

The Monster Keeps me Safe: Also should be live by Xmas.

The first priority will be new releases, so The Sacrifice. Then also I would like to at least get Tender Mercies and Comfort Food into audio next year. Eventually I plan to have ALL titles in audio, it will just take some time because I have a sizeable backlist now. But new releases will take priority and as I can I’ll fill in with backlist.

A few titles are getting cover refreshes next year (or that’s the plan): Tender Mercies, Big Sky, Persephone, and MAYBE the Pleasure House series (the individual books.)

Mafia Captive is a dark holiday mafia romance which should be on sale for 99 cents around the 19th of this month. It won’t be on Bookbub, but I have it set for sale with the “Get that Book” promotions for the 19th.

So that is where we are on all the things!