If you’ve been following my rapid-fire re-release for my paranormal romance series, we’re almost to the end of all these releases!

Forbidden is now LIVE. Here are the links to all the books in the COMPLETED 6-book series. 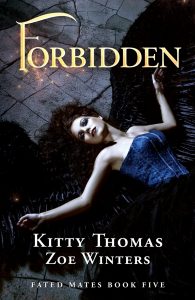 To see him again is forbidden…

Angeline knows Father Hadrian will never forgive her for their ugly history. Taking him from his calling and turning him into a monster… no one should forgive that. When the king of the vampires seeks vengeance for Hadrian’s recent betrayal, she’ll risk everything to protect the vampire she still loves.

But when Angeline agrees to give Hadrian her blood, all Heaven will break loose.

Here’s the links to Forbidden 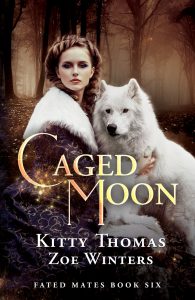 CAGED MOON is available everywhere for pre-order. It’s the last book of the series and goes live next Wednesday, the 11th:

I will eventually be transferring to all new covers and have all the books out in audio.

Thank you for reading and supporting my work!